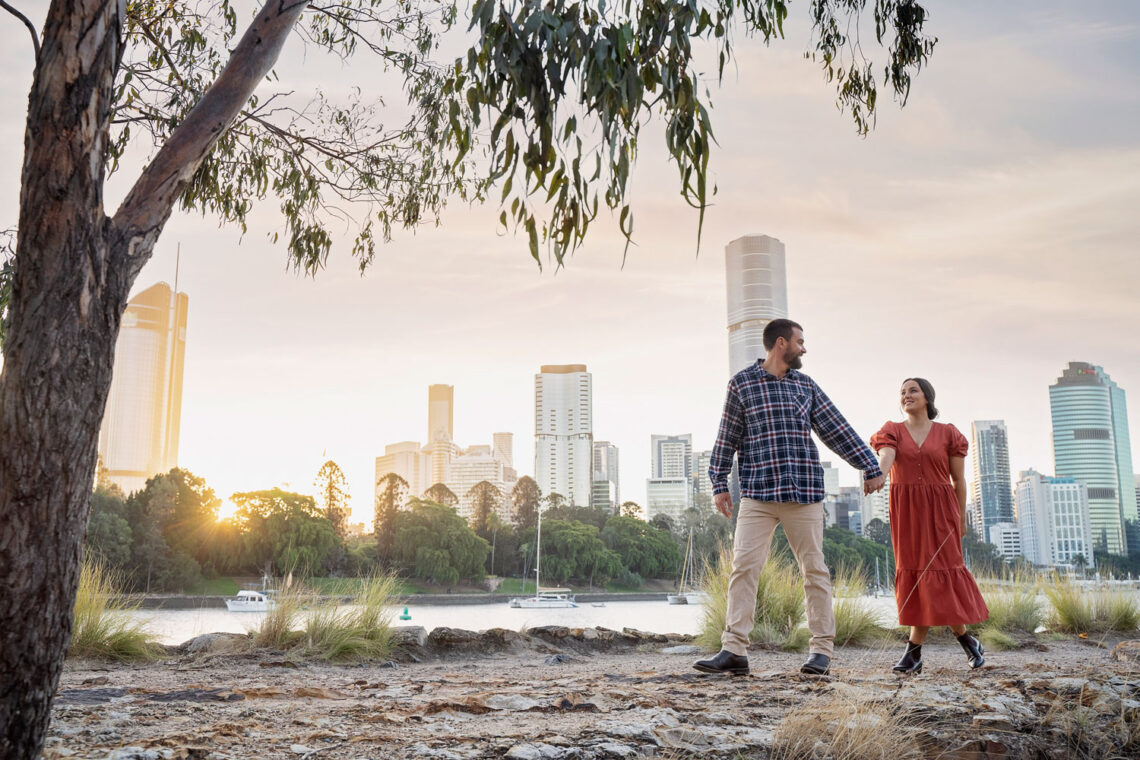 “Taila had butterflies in her tummy when she first laid eyes on Trevor. Trevor thought Taila was just gorgeous, and he instantly wanted to kiss her. As they chatted, Taila noticed how gentlemanly and softly spoken Trevor was. She knew straight away that he was the one for her.”

Taila and Trevor were planning a big, rustic styled wedding. Then they started thinking about what was really important to them. And decided, instead, to just get married straight away. They contacted the team from Elope Brisbane, completed the legal Notice, and asked a couple of special friends to be their witnesses.

“You really have done such a beautiful, beautiful job. We are both in tears. Thank you so much.”

Trevor threw on a checked shirt, and Taila donned a pretty sundress. She had a denim jacket made up with her newly married name embossed on the back to keep her warm as the day cooled. They were married by the Brisbane River in an adorable and intimate ceremony. No fuss, no frills, and now they are living their happily ever after dream.

After a quick photo shoot in the afternoon sun, the newlyweds headed over the river to Brisbane city for a celebratory dinner and city stay honeymoon. 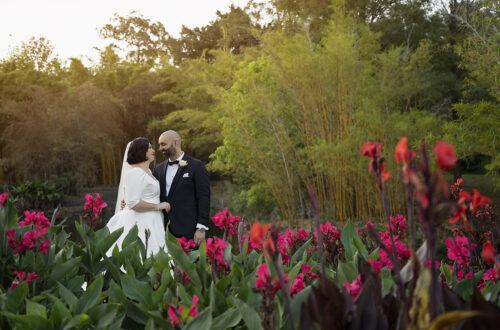 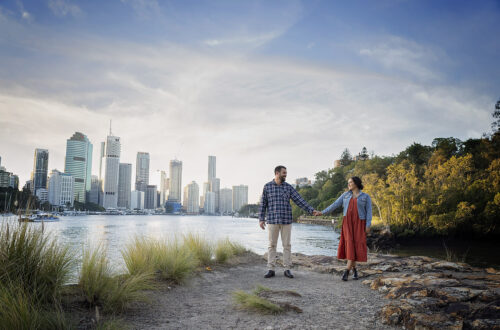 Covid and your Plan B (or Plan C) wedding 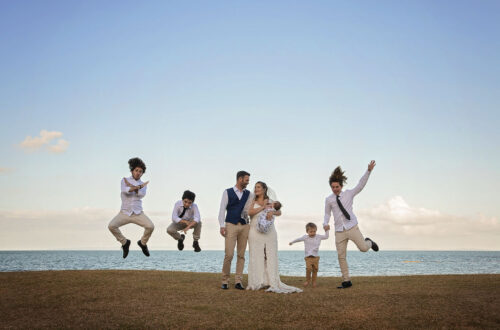 A secret elopement with just the kids at their local beach in Brisbane’s North.